Monrovia, California (Thursday, August 6, 2020) – US RaceTronics (USRT) is looking forward to getting the 2020 Lamborghini Super Trofeo season underway with their new driver lineup. The team is extremely grateful for the steps that IMSA and Lamborghini have taken to make the race event as safe as possible for all the participants due to COVID-19.
USRT is happy to have Steven Aghakhani and Jacob Eidson back for another season of racing, building on the results they achieved last year. The ProAm duo has done a lot of testing and training with this extended off-season and it’ll be great to see those results on track. The team is excited to welcome Leo Lamelas and John Hennessy to their driver lineup. Lamelas unfortunately hasn’t been able to test as much as he normally would have, but he and everyone else on the team is looking forward to him having a good debut to start the season. Hennessy, an exciting addition to the lineup, has been impressive during testing. He and the team have been lucky enough to build a good relationship together and look forward to good results and memories throughout the season. 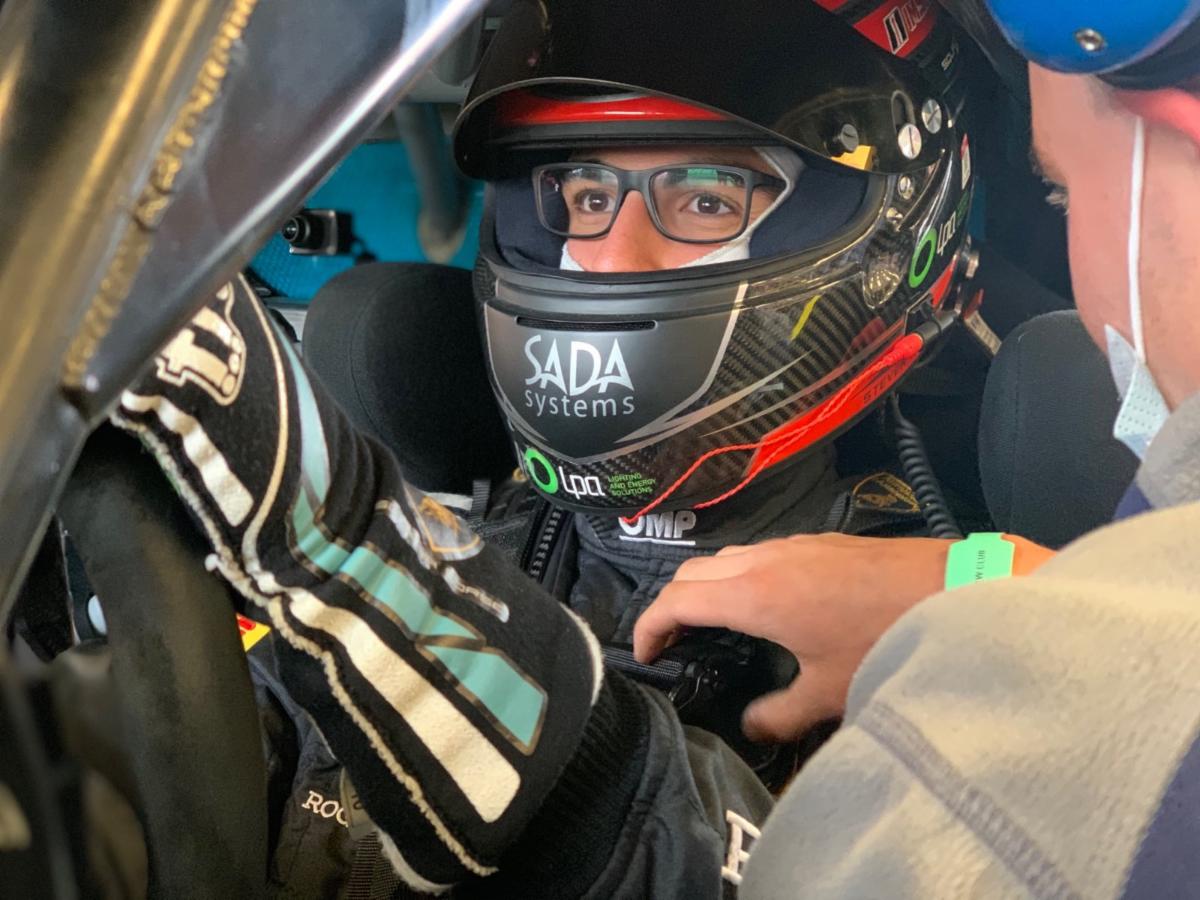 Steven Aghakhani, the defending Amateur World Champion, has been racing in Europe for the Lamborghini factory team, but is excited to be back in the US and heading to Road America to kick off his second North American LST season. Aghakhani was runner-up in the 2019 North American LST Championship overcoming a massive points deficit due to missing the season-opener because of age restrictions. The 17-year-old is looking to build on his extremely successful rookie season.
“I am really looking forward to the Road America race,” Aghakhani said. “It will be my first North American Race this season and our team is ready! We have been preparing for this the entire year. We haven’t let COVID-19 slow us down. I have also been racing in the Italian GT Championship series as the factory’s youngest driver, so I am grateful to Giorgio Sanna, Chris Ward and Lamborghini Squadra Corse for the opportunity to race both series. It feels so good to be able to represent my sponsors internationally and domestically. Thank you to my sponsors SADA, Carney Shegerian, Ozzy and TKX Staffing for their continues support. I also need to give special thanks to IMSA staff and the COVID-19 heroes for their bravery and compassion; I am so grateful for you.”
Jacob Eidson, the 2019 LST North American ProAm Champion, is returning to defend his title with Aghakhani as his new co-driver in the No. 6 Lamborghini of Beverly Hills. The veteran American driver is hoping to start the season with similar results to last year’s races at Road America.
“It’s been a long off-season to say the least and I can’t wait to get the season to get started at Road America,” Eidson said. “We had some amazing results there last year in Pro-Am getting the class win and P2 overall. I’m also excited to have Steven as my teammate, his pace has been very impressive and I know we will be a competitive lineup.” 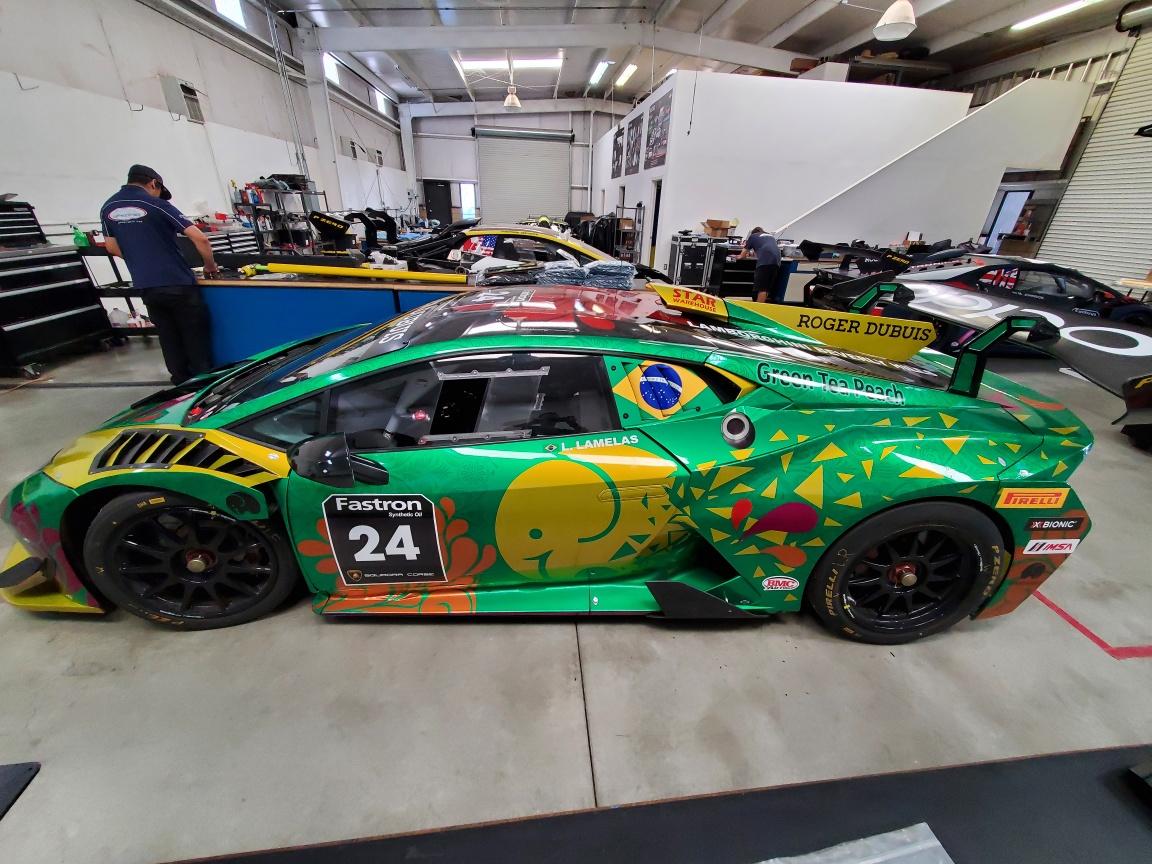 Pro driver Leo Lamelas will be joining the team in the No. 24 Lamborghini of Westlake. The 22-year-old Brazilian driver will be making his debut in the Lamborghini Super Trofeo, coming to USRT from IMSA’s Prototype Challenge series where he finished third last season.
“I am very happy to be with the US RaceTronics team,” Lamelas said. “We did a test with the car and I was able to adapt well. Everyone is doing a great job and they are already more than a team to me. I hope to reward them with a good result on the track. Road America seems to be a technical track but I am very confident.” 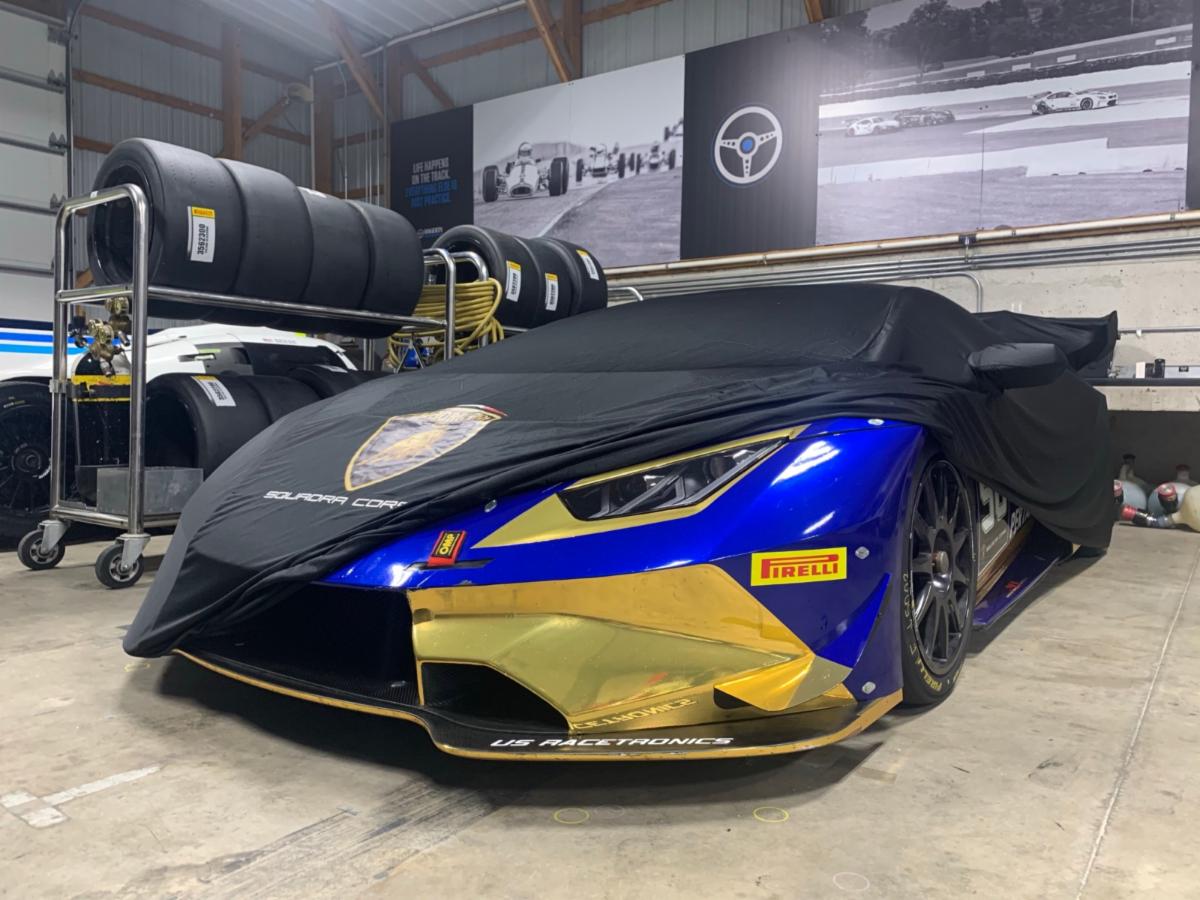 John Hennessy will make his professional driving debut behind the wheel of the No. 33 Lamborghini of La Jolla. Hennessy will compete in the LB Cup Championship for US RaceTronics, having spent considerable time testing with the team in California.
“I’m excited to be participating in the Lamborghini Super Trofeo Series this season and being involved in a competitive environment and racing the car,” Hennessy said. “Glad to be working with US RaceTronics this weekend. I have been doing a few test days over the past few months, using that time to get comfortable with the car. I’m looking forward to representing Lamborghini of La Jolla, while racing on a track like Road America.
US RaceTronics’ team owner, Shane Seneviratne, is excited with the team’s new lineup for the 2020 season and is happy that USRT sponsors have continued their support through the current COVID-19 crisis.
“We have an exciting driver lineup this year with some new drivers joining our team,” Seneviratne said. “I can’t wait to get to Road America with this talented group of drivers. I’m confident that we’re going to have success with these guys this year. I want to thank all our sponsors for their continued support this season even with the extended off-season; they’ve had outpouring support the whole time. Motorsports got hit hard as did the rest of the world due to COVID-19 and to be partnered with good people definitely helped propel us through this tough time.
We at US RaceTronics look forward to a safe and exciting race weekend, with a special thanks to those at Road America for allowing us to do what we love and for setting up a safe environment for the season’s debut. We have many of our crew members returning this year and with their experience, expertise, hard work and passion for the sport we all look forward to building off of our previous success and plan to be even better this year. We have a few new crew members this year that will help with our success and we are excited to have them aboard and looking forward to working with all of them this season.”
Be sure to follow all action on US RaceTronics’ social media pages at:
www.USRaceTronics.com, and through Twitter www.twitter.com/usracetronics, Facebook www.facebook.com/usracetronics, and Instagram  www.instagram.com/usracetronics